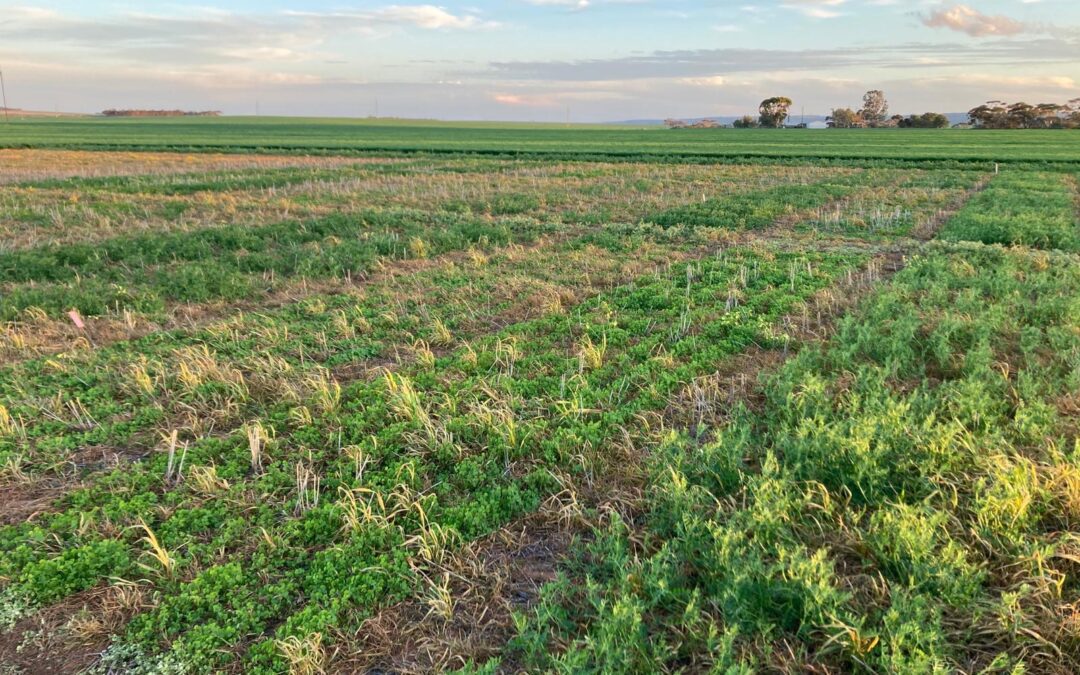 Murray Plains Farmers was successful in winning a funding allocation from the SA Grain Industry Trust for a pasture demonstration trial in 2021.

The trial objectives are as follows:

Here’s an excerpt from the MPF application:

The trials proposed are focused on quantifying what can be achieved with pastures in our LRZ and getting the most out of the pasture phase to set-up cropping paddocks for the following year, while also better supporting the livestock side of mixed farms.

In particular, the trial methodology outlined below will answer the following questions:

To improve the performance of legume pastures on low rainfall mixed farms in the Murray Plains and increase their benefit to subsequent crops and overall profitability of farms.

One field site will be run in the 2021 growing season, with plantback to wheat in 2022. Replicated trials at each site will comprise 76 small plots. Soil at the site will be characterised prior to the commencement of the trial in April 2021, with each treatment re-analysed in autumn 2022.

The following trial design is proposed to answer the first four research questions outlined in the project background and identify best practice options for future evaluation:

Subscribe to Murray Plains Farmers to receive news and updates